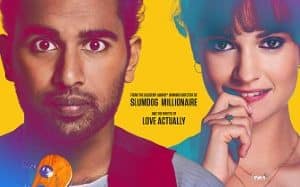 Young Jack Malik turned his back on a possible career in music, even though his best friend, Ellie, tried to persuade him to give him a chance. After suffering an accident, Jack wakes up the next day discovering that the musical legacy of John Lennon, Paul McCartney, Ringo Starr and George Harrison has disappeared from the world. When he receives a guitar and performs the song “Yesterday” by the band “The Beatles”, he learns that he now lives in a world in which the famous band and their songs have never existed. Jack takes this as a chance to start his own music career and plagiarizes known pieces, becoming one of the most talented musicians of all time. While his success on the one hand influences his life for good, his relationships with friends and family are beginning to break down.