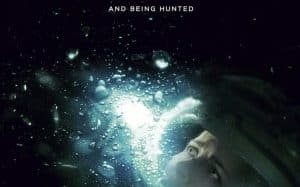 A crew of underwater researchers must go to safety after an earthquake destroys their underground laboratory. Meanwhile, mysterious creatures terrorize the crew members aboard the research station seven miles below the surface of the ocean.

Interesting film. From the beginning of the film, where the man “saves” the life of an insect, because he does not confuse it with anything, until the end of the ilm where the man does what “must”, the film is a synthesis of the modern man: what does not we can be tolerated, the rest must disappear, because only we are worthy of life on the planet.