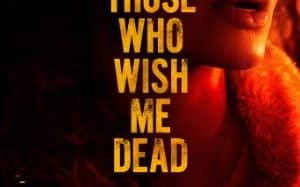 Those Who Wish Me Dead

Hannah Faber is struggling to put her life in order after failing to save the lives of three young men and a fellow firefighter in a forest fire. Meanwhile, Owen Casserly learns of the death of his boss and his family that occurred accidentally due to an explosion of the gas network, but which were, in fact, killed. Believing that he will be the next target, Owen runs away with his son to hide from his brother-in-law, Ethan Sawyer, a sheriff and Hannah’s ex-boyfriend, but things take an unexpected turn and Hannah gets involved in this without her will.