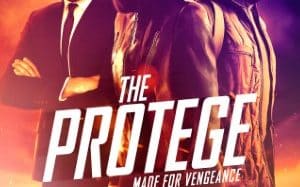 Anna is an assassin raised by Moody after she discovered her in a massacre in Saigon, where she killed four men who abducted her and killed her entire family. For many years, the two traveled through several countries to complete various missions for people with money, eventually settling in England where she now runs a rare bookstore. Nowadays, Anna and Moody kill a mobster from Romania and take his son hostage to use him as bait. Things go very badly for the two and Anna embarks on a revenge mission that takes her back to her native Vietnam.