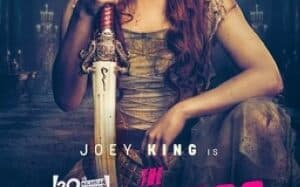 In ancient times, princesses often had their fate set from childhood, or if not, when they reached adulthood they had to marry a man of noble birth, often chosen by their parents. But when a strong-willed and independent princess refuses to marry a cruel sociopath, she is kidnapped and locked in an isolated tower in her father’s castle. The vengeful suitor intends to seize her father’s throne, so the princess must do everything possible to escape and save the entire kingdom.