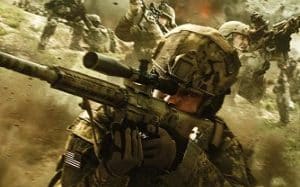 Based on a true story, the film features the Battle of Kamdesh during the 2009 Afghanistan War. In their efforts to fight the Taliban, the U.S. Army has set up a number of outposts to form links with local communities so that they can It causes the Afghans to stop supporting the Taliban. The Keating Outpost had been set up in a valley surrounded by mountains, a place difficult to reach because of the dangerous roads and easy to attack from above, and was later listed as an impossible outpost. Shortly before the outpost closes, soldiers stationed there will show courage during a strong Taliban attack on what will become the Battle of Keating Outpost.