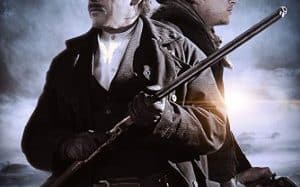 In this thrilling western, a young boy, Rio, is forced to go to Southwest America in a desperate attempt to save his sister from his villainous uncle. Throughout his journey, Rio meets Sheriff Pat Garrett, who is in the footsteps of the infamous bandit Billy the Kid. Rio is becoming more and more involved in the life of these two legendary characters, while the Billy the Kid’s last year’s cat and mouse game is coming to an end. While Garrett’s hunt is about to end, Rio must decide what kind of man he wants to become: a criminal or a valued man. Ultimately, Rio is forced to choose what kind of man it will be, using this choice in a final attempt to save their family.