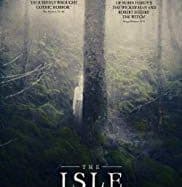 Placed in 1846, the action takes place on an isolated island in the west coast of Scotland. The film presents the story of three survivors arriving on an island after their ship sank. The island still houses four more souls: an elderly man, a farmer, his granddaughter, and a young man who has for some time lost his mental faculties. Any newcomer is mistrustful. Despite this, the three get the promise of a ship to carry them back home. One survivor wonders why the other people have abandoned this island and is beginning to investigate. He soon discovered that somewhere at the same time a tragedy occurred at sea. The myth of a ghost siren that haunts the island leads him to discover a terrible secret …