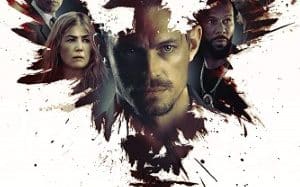 Pete Koslow is a special forces soldier left behind. His world changes completely when he is incarcerated after a fight in which he protected his wife. He is given the chance to release ahead of time if he becomes an FBI informant and uses his abilities to work undercover in an operation to catch General, New York’s most powerful organized crime boss. But when the arrangement with the FBI aimed at restoring Koslow’s freedom leads to the death of an undercover NYPD cop, Koslow finds himself caught in the crossfire between the mafia and the FBI. The general wants everything to get in Koslow’s jail and sends him back to prison to conduct a drug operation inside. The FBI claims that returning to prison to do the General’s job is the only way for Koslow to keep his deal alive. Trapped in a world of impossible choices, Koslow must return to prison where he thinks of a plan to escape the clutches of New York’s most powerful organizations: the mafia, the NYPD and the FBI, to save himself and his family.