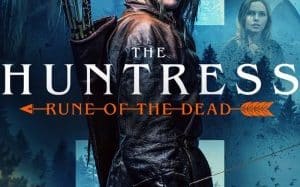 The Huntress: Rune of the Dead

Year 811, a family, isolated in their house deep in the woods, a great distance from Birka. They are poor, and hunting and fishing have not gone away, so Joar’s father makes a desperate decision to go on a Viking raid. Joar does not return long, and the family begins to fear that he will not return. Runa, the eldest daughter, takes over the duties of the father, in his absence. She is very much missing from her father and she hopes he will return to them. Deep in his heart he feels that his family’s suffering has just begun. There is something in the air, in the water, in the wind and in the earth. The runner becomes aware that something bad, dangerous is in the forest. One day, in the hunt, he finds a man bleeding, a warrior, almost unconscious. He brings it home and the family takes care of his injuries. As he heals, she realizes that he is sent to protect the family from an approaching evil.