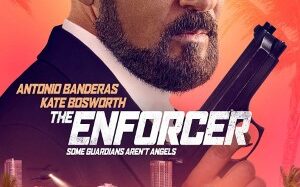 Cuda is an individual who has spent almost his entire life in the service of a mafia organization, and now he is in the position of sacrificing everything he has to destroy this organization to the construction of which he contributed fully. This happens after he discovers that his boss, Estelle, is seriously endangering the life of a young runaway. Now he has only one chance to make amends for his past and gain redemption – both for himself and his family – before the mob destroys him for his betrayal.