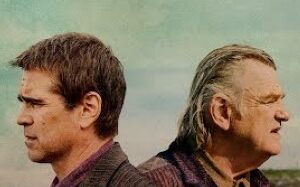 The Banshees of Inisherin

Set on an isolated island off the west coast of Ireland, the film follows the adventures of two lifelong friends, Padraic and Colm, who reach an impasse when Colm unexpectedly decides to end their friendship . Shocked, Padraic, aided by his sister, Siobhan, and a young man named Dominic, sets out on a mission to mend their friendship and is determined not to accept a refusal from Colm. However, Padraic’s repeated efforts are rejected by Colm, and when the latter gives him a desperate ultimatum, events take a totally unexpected turn with shocking consequences.