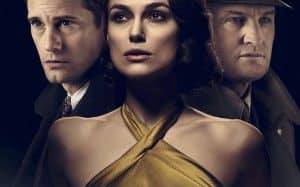 After the Second World War, a British colonel and his wife are sent to Hamburg for post-war reconstruction. Rachael Morgan arrives in the ruins of Hamburg in the middle of winter to meet her husband, Lewis, a British colonel who has been given the task of rebuilding the destroyed city. But when they head to their new home, Rachael finds it amazing that Lewis made an unexpected decision: they will share the huge house with its previous owners, a German widow and his troubled daughter. In this charged atmosphere, hostility and pain make place for passion and betrayal.