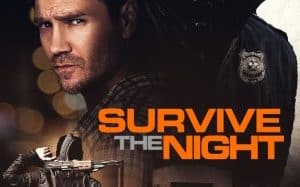 Frank, a former sheriff, is forced to rely on his former abilities when two fugitive criminals threaten the lives of those close to him. After his brother Mathias is seriously injured in a robbery that ends badly, Jamie follows the surgeon Rich, from the hospital to his home. Jamie continues to hold Rich’s wife and daughter hostage, ordering the man to operate on his brother. But for him and his family to survive the night, Rich must team up with his estranged father, former Sheriff Frank, to take control of events and turn the situation to his advantage before it’s all too late.