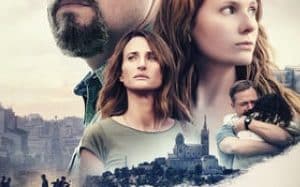 A man working in the oil industry in Stillwater, Oklahoma, named Bill Baker, travels to Marseille, France, to visit his daughter, Allison, who has spent the last five years in prison after receiving a nine-year sentence prison. While in college in Marseille, Allison was sentenced to prison for killing her roommate. During Bill’s first meeting with Allison, she asks him to send a letter to his lawyer. In that letter, Allison claims that her former teacher heard someone claim that he was the one who committed the crime for which she is in prison and, as a result, hopes to get a retrial.