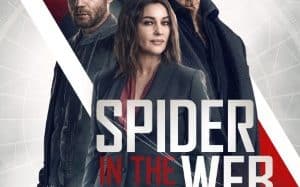 Spider in the Web

Adereth, a Mossad spy on the verge of retirement, is on a last mission to straighten out his life and career before it’s all over. The agency sends a younger agent, Daniel, to supervise him while Adereth sets out as an antique dealer and investigates a company that could supply chemical weapons to Syria. To complicate their working relationship, Daniel is the son of Adereth’s former colleague, deceased, and he suspects that he led to his father’s death. When a mysterious woman appears in the game, all the confidence limits disappear, and Adereth realizes that the hunter can become hunted in a world of mirrors and lies.