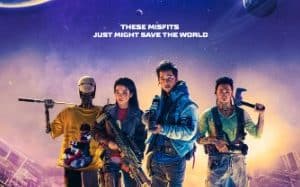 In 2092, the crew of the Victory spacecraft on a mission to collect spacecraft, discovers another spacecraft with a 7-year-old girl on board. They will realize that the little girl is, in fact, a weapon of mass destruction, a robot made to look like humans wanted by law enforcement. Attracted by the possible gain from a reward, the crew decides to get involved in a risky business.