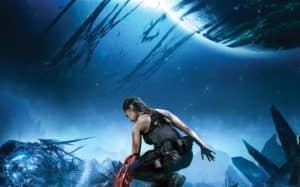 After years of peace, after the alien invasion, between humans and alien hybrids, a new virus threatens to return these hybrids to their original nature and fight humanity. Rose Corley is brought to use her powers again, leaving with a team of elite soldiers in space to a planet called Cobalt 1, where there is a piece of an alien ship that is a source of energy that could help to eradicate the virus. The planet is home to alien invaders and seems completely deserted. It’s just that shortly after they arrive, the soldiers realize they’ve fallen into a trap.