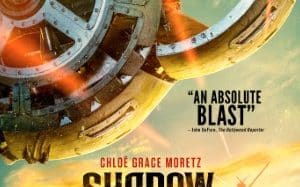 Shadow in the Cloud

In the tumult of World War II, Captain Maude Garrett joins the crew of a B-17 bomber carrying a baggage with secret contents. Unprepared for the presence of a woman in a billion-dollar flight, crew members test Maude’s every move. Even after her sharpness wins over the entire crew, strange events and inaccuracies in her history lead to paranoid theories about her mission. But the crew still has to fear something, something lurking in the shadows, sinister and dismantling pieces of the plane. Caught in an ambush and with evil lurking around, Maude must push her limits to the maximum to save the crew and protect the mysterious contents of her luggage.