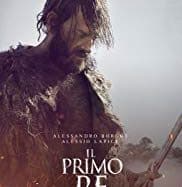 Two brothers, alone, in an ancient and hostile world will challenge the implacable will of the gods. From their blood a city will be born, Rome, the largest empire that history remembers. A very strong link to the legend. This is the official cryptic synoptic of FIRST KING, which in any case remains wrapped in more secrets. Of course these two brothers are shepherds and they are called Romulus and Remus, the twins who, according to the legend, were sons of Rhea Silvia, descendant of Eeneas and the god of the Mars.