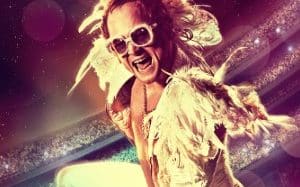 A film inspired by the life of legendary musician Elton John, Rocketman (2019) explores the life and career of the famous British singer, songwriter and pianist. Rocketman (2019) is the uncensored human story of the years of amazing ascension and evolution of the famous artist, following the transformation of a brilliant child into a music legend. At the age of 7, John began to take piano lessons, proving outstanding musical skills, while at the age of 11 he earned a scholarship to the Royal Academy of Music. The film also covers the formation of his partnership with lyricist Bernie Taupin, as well as his relationship with his mother, Sheila Eileen. Since 1967, Elton John has formed a strong and lasting musical partnership with Bernie Taupin, to date collaborating on over 30 albums. Elton John became one of the most successful artists in history, being included in the “Rock and Roll Hall of Fame” in 1994.