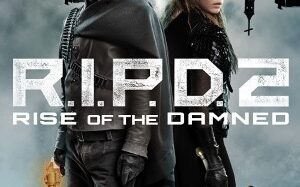 Sheriff Roy Pulsipher isn’t too happy when he realizes that after a shootout with a notorious gang of outlaws, he’s been shot dead, but he’s unexpectedly given a second chance to return to earth after being recruited by the R.I.P.D. (Rest in Peace Department). The first thought is to take revenge on those who killed him, but the revenge of his death will take a back seat because he has to intervene to save humanity. The reason is that a gate to hell has opened in the old mining town of Red Creek and is endangering not only the locals… but all of humanity.