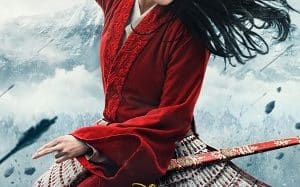 Based on the 1998 animated film “Mulan”, the film follows the story of a young Chinese girl disguised as a warrior and takes the place of her sick father in the army prepared for battle. When the Chinese emperor issues a decree that a man from every family in the country must join the imperial army to fight the invaders in the north, Hua Mulan, the eldest daughter of a venerable warrior, tries to take the place of his sick father. Claiming to be a soldier named Hua Jun, she is tested at every step of the learning process, mobilizing her inner strength every day to explore her true potential. For the young woman, she begins an epic journey that will turn her into an admired warrior, earning the respect of a grateful nation and a proud father.