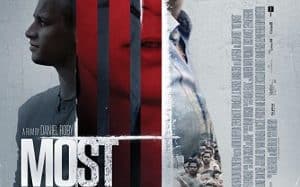 Inspired by a true story, an investigative journalist discovers a tangled case of illegal coercion in which a guy in an unfortunate situation, Daniel, is forced to participate in a drug deal by the Canadian Federal Police, ends up being arrested in Thailand for drug trafficking in that business and receives a 100-year sentence in a Thai prison. While Daniel endures torture and abuse in prison, the journalist must find the dubious police officers who benefited from the conspiracy, while also fighting for Daniel’s freedom.