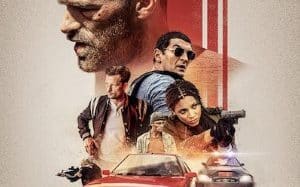 Lino is arrested by the police after the robbery of his accomplice does not go according to plan. A chance of being released from prison arises when an officer from a special police brigade asks him to work for him. Nine months later, Lino is charged with a crime he did not commit. To prove his innocence, Lino must recover the only existing evidence, a stray bullet in a missing car.