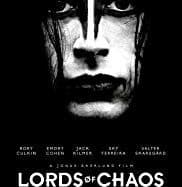 In a cold and oppressive climate of Norway in 1990, Euronymous founded the Mayhem group and became the epicenter of the new black metal scene. His meeting with Varg Vikernes, the man behind the ambitious Burzum musical project, will precipitate the members of his circle into an overwhelming death. Euronymus plans to launch shocking commercials and wants to put his musical band on the world’s rock music map. But soon the lines between show and reality are getting thinner and blurred.