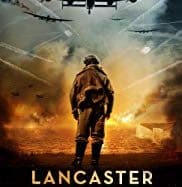 It is 1943. Angry and mournful because of the death of his younger brother, Lieutenant Douglas Miller, a temperamental and difficult man who managed to survive the Battle for England, is transferred to the Bombardier Unit, determined to bring war to Geramnia’s skies. Reaching this new position, he is offered the task of replacing a beloved and respected member who was killed on a mission a few days ago. Striving to get closer to his new team and obsessed with the idea of fighting in this war at any cost, Douglas must find a way to win their trust and fight with their inner demons, to become the leader they desperately need it.