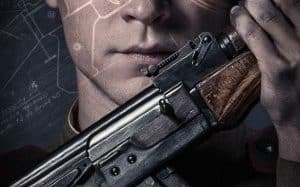 A biographical film about the inventor and designer of small arms Mikhail Timofeevich Kalashnikov and the long and difficult road he took to create the legendary weapon AK-47 at the age of 28, a weapon that is a symbol today.
Beautiful and patriotic..but the truth is different… ak 47 is a direct descendant of Stg44… Sturmgewerh 44… immediately after the fall of Nazi Germany, the Soviets took over German workshops, sketches and implicitly builders and thus AK 47… was born as it took birth and NASA at the command of Werher von Braun the inventor of the V2 missiles…. history is written by the victors with the blood of the defeated