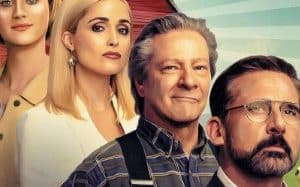 Gary Zimmer, a democratic political strategist, who is still licking his wounds from the 2016 presidential election, when he stumbles upon an inspiring YouTube video. The video shows a retired military veteran named Jack Hastings confronting the mayor of his conservative rural town during a public meeting. Seeing an opportunity, Gary travels to Deerlaken, Wisconsin, to convince Jack to fight the Republican mayor as a Democrat in the upcoming election. It draws the attention of Gary’s biggest rival, Republican political strategist Faith Brewster, who comes to town to run the mayor’s campaign. And this is where the national circus begins.