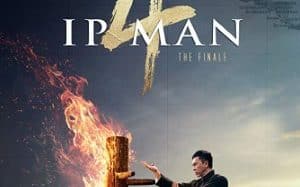 After the death of his wife, Ip Man travels to San Francisco to find a school for his son. Once there, he finds himself in the middle of tensions between local Kung Fu masters and his star student, Bruce Lee. The search for a better future for his son is stopped by the call to fight against injustice, which is represented by the martial arts. Thus, in the face of the abusive actions of the soldiers of the American army and of the agents of the immigration service, Master Ip will fight until all the injustices are repaired, and in the course of time, he will recover his son who had moved away from him after the death of his mother.