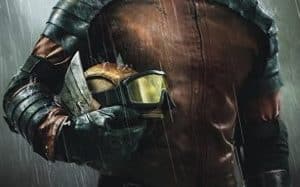 Sancaka knows the hardships of life as a small child. His father was killed and his mother abandoned him. The little one quickly learns that he can only survive if he improves his martial arts skills. However, there is something special about him: his parents’ philosophy of fighting injustice. When the mob boss, Pengkor and his elite fighters take control of the city, Sancaka finally emerges from the shadows.