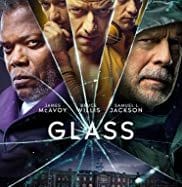 From “Unbreakable,” Bruce Willis is back in the role of David Dunn and Samuel L. Jackson as Elijah Price, also known as Mr Glass (pseudonym). James McAvoy joins James Split, starring Kevin Wendell Crumb and the many personalities hiding inside him, as well as Anya Taylor-Joy as Casey Cooke, the only captive who survived a meeting with the Beast. Continuing from where Split is left, Glass finds Dunn in the pursuit of The Beast, Crumb’s superhuman creature. From the series of collisions between Dunn and Crumb, it is revealed that out of the shadows, Price is, in fact, the real puppet, who has crucial secrets about both.