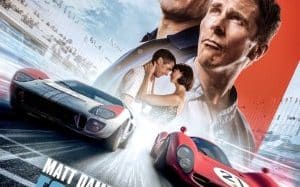 The film focuses on a team of eccentric and determined engineers and designers, led by visionary engineer Carroll Shelby and British racing driver Ken Miles. Henry Ford II and Lee Iacocca give them the mission to build a completely new car, to overthrow Ferrari’s dominance in the Le Mans World Championship. Henry Ford II opened the way to rival Enzo Ferrari, when he decided to create a faster car than “Cavallino Rosso” and defeat him in the French race. Although the winner’s set up has sparked controversy, the film will focus more on the efforts of the two to develop the new car and less on the actual race itself.