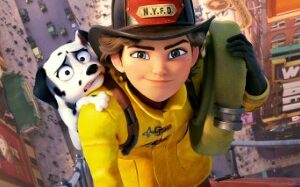 16-year-old Georgia Nolan is a girl who dreams of becoming the first woman to be accepted as a firefighter. When a mysterious arsonist starts randomly setting fire to Broadway, New York City firefighters start disappearing one by one. Georgia’s father, Shawn, is recalled to active duty even though he had gone into reserve because the mayor of New York needs his services. He wants to lead the investigation into the disappearance of the firefighters. Desperate to help her father and save her town, Georgia disguises herself as a young man named “Joe” and joins a group of firefighters trying to stop the arsonist.