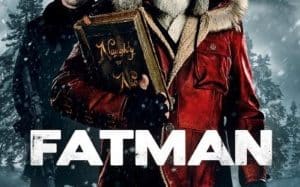 The economic hardships and reduced demand for his services make Santa Claus think about giving up what he is doing. With extraordinary physical strength, Santa sees himself unable to save his workshop, being forced to accept the offer from the army to make military components for them. Following the last mission on Christmas Eve, Santa makes an enemy out of a rich 12-year-old boy, with access to the services of a paid assassin, whom he sends to kill Chris. Things get complicated because the killer is a bloodthirsty psychopath, and this mission gives him the chance to take revenge on the fat man in the red suit for his childhood.