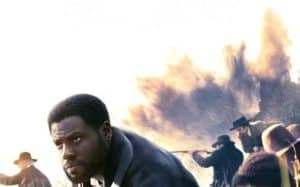 Shields Green was a man of color, a former slave, who took part in the abolitionist John Brown’s raid on the Harpers Ferry arsenal. As a child, his future was destined to be great. When his plantation is attacked, Green is blamed and tortured, being found guilty instead of others. Killing his son, because he could read, causes him to kill three people in a confrontation. He will run north to meet John Brown and Frederick Douglas. Green will ally with Brown, which will lead him to fulfill his destiny.