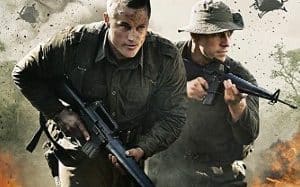 The action takes place on August 18, 1966, in the southern part of Vietnam. For more than three and a half hours, in the middle of a terrible rain, on a plantation known as Long Tan, Major Harry Smith and his company, made up of 108 inexperienced Australian soldiers fighting for their lives. They face 2500 Vietnamese soldiers from the north. When the ammunition is over, soldiers begin to search for solutions and answers. Their future is uncertain, but they are determined to remain in place to fight for honor with decency and courage. The battle of Long Tan is known as one of the most violent in history. 18 Australians and 500 enemies were killed.