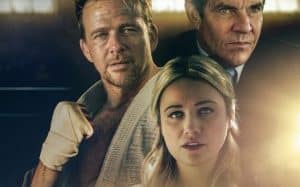 Mickey Kelley was one of the first Americans to wear a black jiu-jitsu belt. A former Gulf War soldier who became an instructor, he ends up teaching private lessons to pay for his expenses, lessons that take him to Dubai where he meets his future wife and mother of his child and where he will return after some time to participate. at a secret MMA wrestling tournament organized by some rich Arabs in the desert for money. Reaching the final, he is taken by surprise by a blow while greeting and beaten so hard that he loses his sight in one eye and barely saves the other. When he returned home, he continued his life, seeming to have left everything behind. After a few years, a video of the match is made public, everyone understands what happened in that match and asks for the match to be played again. Out of shape, with health problems, Mickey will be faced with the decision to endanger his health again to defeat his opponent who won unfairly for the first time.