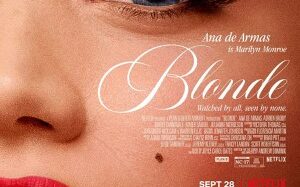 The film presents the life of one of the most famous and beautiful actresses in the world, Marilyn Monroe. Considered a benchmark of naturalness and beauty even today, Marilyn Monroe is perhaps the best-known female figure in Hollywood. Thus, the film presents events starting from her volatile childhood when she was known as Norma Jeane, and then progresses with her rise to the peak of her career, as well as her love affairs that she had over time. This film blurs the line between fact and fiction to explore the growing rift between Marilyn Monroe’s public persona and her private life.