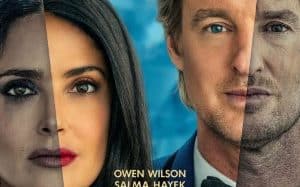 Greg accidentally kills his boss and in despair, hides the corpse leaning out of the window behind a curtain and runs to the nearest bar. There he meets Isabel, a woman who seems to know him, and who claims to have powers. Greg is convinced of this only after Isabel makes the window open and his boss fall, covering his accident. With the help of an inhaled substance, she convinces him to follow her, proves to her that her powers are powers that he also has and that everyone polluted and destroyed around them is a computer simulation.