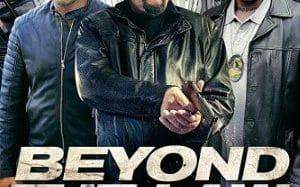 Frank Wilson is a former cop who lives alone in a secluded cabin on the top of the mountain. Here, he alone buys his own food, fishes and hunts. Chance, his estranged son got into an inappropriate entourage and one day is found breathless, executed by a crime lord, Desmond Packard. Frank’s former partner, Detective Ray Munce, is the one who brings Frank back to town. Frank is determined to avenge his son’s death. Desmond seems to be the son of another criminal, Augustino Finn Adair, who protects his son at any cost despite the fact that he is aware that he killed far too many people out of pure fun. Armed, dangerous, thirsty for revenge, Frank ventures into dangerous terrain in this revenge mission, and doesn’t care if this mission will cost him his life, because he has nothing to lose.