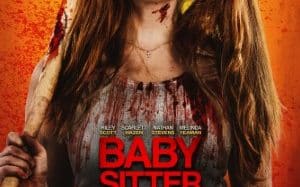 Babysitter Josie is hired to take care of a little girl named Sophia while her parents are away for a Christmas party. To the surprise of the two, the parents return earlier because the party was boring. Josie has already ordered a pizza and the family tells the young woman that she may stay a while to eat together. Meanwhile, her parents and some friends start drinking, and little Sophie is still in Josie’s care. When someone rings the doorbell, everyone thinks it’s the pizza courier, but to their horror there’s an armed intruder who bursts in and, along with two other accomplices, take everyone hostage and start a macabre game.