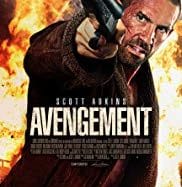 Cain Burgess is a boxer who did not want to intentionally lose a match, making his brother and others known to lose important amounts. As a revenge, his brother sends Cain to rob a woman in one of his scams, and Cain gets arrested and sent to jail. With a reward placed on his head, he will have to fight to survive in prison.