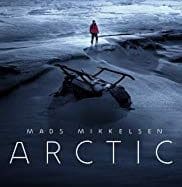 Arctic, the temperature can drop to -70 ° C. In this hostile, frozen desert, far away, a man struggles for survival. Around him, the white immense and the airplane’s shell in which he is flying indicate an already distant accident. Over time, the man has learned to fight cold and storms, to avoid polar bears and hunt for food. Locked in the Arctic after an airplane crash, he has to decide whether he will remain in the relative safety of his improvised camp or embark on a risky journey through the unknown, hoping to stay alive. Soon, an unexpected event forces him to go on a long and dangerous expedition, but no foul is allowed on these frozen lands.