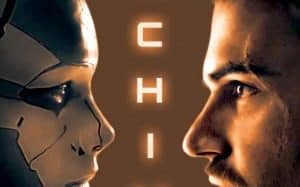 The year is 2038. Two and a half years into a three-year research contract, George Almore is on the verge of great success. Stationed on a snow-capped mountain near Kyoto in a secret unit codenamed The Garden, he worked on a model that is an android truly the equivalent of a man. Its prototype is almost complete. But the most sensitive part of his work is also the most risky, especially since George also has a reason at all costs for his work, that of being with his late wife, Jules, again.