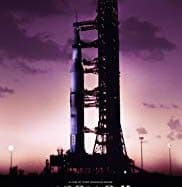 The film is a look at Apollo 11 landing a month driven by commander Neil Armstrong and by Buzz Aldrin and Michale Collins. NASA’s mission in 1969, after which two men managed to land the United States flag in the lunar soil, was fully documented. Director Todd Douglas Miller has succeeded in transforming this extremely familiar historical event into something transcendent, into something absolutely wonderful.