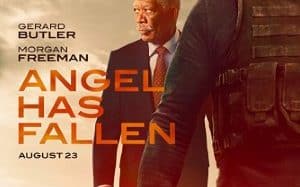 When an attempt is made to assassinate US President Allan Trumbull, his trusted confidant, Secret Agent Mike Banning, is improperly charged and taken into custody. After he manages to get rid of those who held him captive, Banning becomes a fugitive who must evade the FBI and his agency to find the president’s real threat. Pursued by his own agency and the FBI, Banning sets off on a counter-chronometer race in which he must reveal the true terrorist group targeting Air Force One for the next attack. Desperate to discover the truth, Banning turns to questionable allies to prove his innocence, keep his family away from disaster, and save his country from imminent danger.