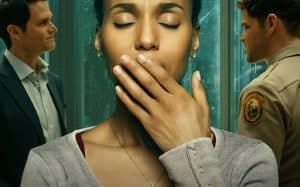 Crazy about her worries, Kendra Ellis-Connor moves anxiously into the waiting room of a Miami police station. Her 18-year-old son, Jamal, a freshman about to enter West Point, went out with his friends earlier that evening and, unusually for him, did not return home and did not contact – a. While waiting for her estranged husband, Scott, Kendra is interviewed by Officer Paul Larkin, who makes sure that questions about Jamal’s background, his nickname on the street, or his golden teeth fit into the protocol and are not tempting. racist. Larkin suddenly reveals new details about Jamal’s location when Scott arrives, initially not realizing that this FBI agent is Jamal’s father. While the three clarify things in the empty waiting room, questions arise about the degree to which race, gender and social class play a role in the police procedure.