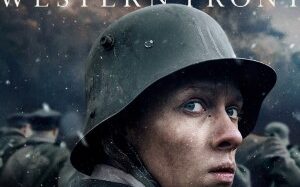 All Quiet on the Western Front

The story of the film is centered on the teenagers Paul Baumer and his friends, Albert and Muller. The three young men voluntarily enlist in the German army thanks to an intense wave of patriotic and ideological propaganda. Soon, however, the three realize that patriotic slogans have little to do with the reality on the battlefield and their enthusiasm immediately dissipates when they come face to face with the cruel life on the front. Paul’s preconceived notions about the enemy and everything he knew to be good or bad come into conflict and begin to crumble. While an armistice is about to be realized, Paul is forced to continue the fight to the end, with no other purpose than to satisfy the pride of his superiors to end this war on the offensive.