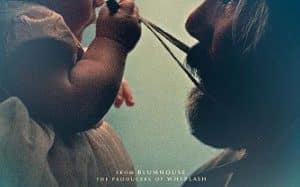 Russell Millings, a 40-year-old man, was jailed for two decades after being convicted of drug possession. After his release, Russell is employed as a dishwasher at a local fast-food restaurant. The prison did not destroy his soul, working hard and thanking for every opportunity he received. While trying to adapt to a world he doesn’t recognize, including learning how to use the internet, Russell finds an abandoned child in a dumpster behind the fast-food restaurant he works for. Uncertain of what to do and caught between benevolence and panic, the man soon realizes that this could be his chance of redemption.